The Songs of Dan Lurie

I'd like to share some thoughts this week on one of my favorite songwriters: my brother Dan Lurie. He's one of those freak tunesmiths who came out of the gate seemingly in full command of his craft--possibly because he spent so many years prior to his debut obsessively listening to music of all stripes.

Nearly every one of Dan's songs is melodic, tightly constructed, and notably free of sentimentality. He seems to apply a pared-down, punk ethos to pop music. What we get when we listen to Dan's songs--either in the context of his former band Solyoni or his current solo work--is a gentle bait-and-switch. We think we're in for something light, but most of the material has a melancholy tinge to it. Whether he's singing the lines "Open up her head / and find someone else instead" (in Solyoni's "Nesting Doll") or "Wanna be an actor / or play one on TV / Wanna be the thing / I could never be" (in "Beautiful Burbank") he's often mining feelings of nostalgia for people and places that quietly slipped away--or were never there to begin with.

Solyoni released three very solid albums during their run, and Dan is now in the process of rolling out his second release. It's great, great stuff. Do consider giving him a listen; this artist deserves a wider audience. (And it's not just big brother pride motivating my feelings; the work speaks for itself). 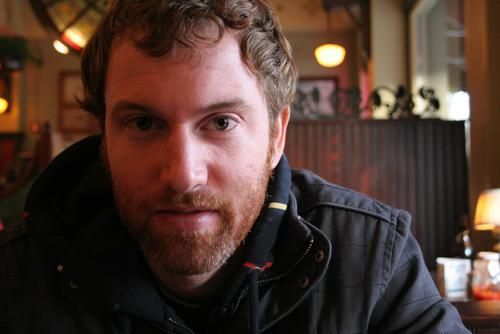