Where to Buy "Begin the Begin" This Holiday Season 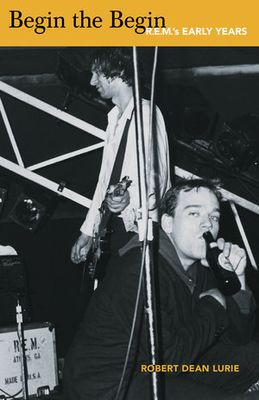 For the music lover on your holiday gift list, Begin the Begin: R.E.M.'s Early Years is now available at Amazon US, Amazon UK, and Booktopia (Australia). For the superfan, I recommend pairing it with Rodger Lyle Brown's excellent Party Out of Bounds, the definitive treatment of the early Athens, GA music scene. 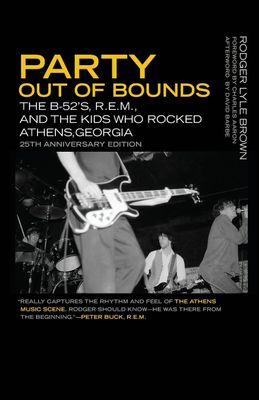 Additionally, Begin the Begin is in stock now at the following independent bookstores: 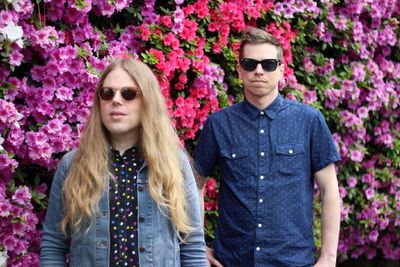 One of my favorite bands of the moment is the Zags, a hook-infested Portland group headed by veteran songwriters David Ricardo and Stanton Hall. They have the pop concision thing down; in all of their work I sense a continuous paring away, as if they're carving their words and melodies out of the big wall of noise that overwhelms the rest of us. Case in point is the new song "Neither/Nor," which tackles the thorny issue of privilege with intelligence and grace. Stanton's lyrics are self-aware but not self-flagellating, which makes me wonder if we should just turn all of the hot button issues of the moment over to songwriters to hash out. Why the hell not?

Topical concerns aside, check out those harmonies, that ascending guitar riff, and the way the Zags credibly work "caveat emptor" into a lyric. (What?) Plus, the video is unstoppable.

Full disclosure: Stan and I go back a ways. We used to watch Gimme Shelter in college and dream impossible dreams. But that doesn't change a damn thing about this conversation. The greatness of 2016's "Dada Plan" should be apparent to all:

Keep an eye out for the Zags' new album The Cliff, available on Oct. 25. I've heard several of the tracks and they're every bit as good as what I've posted here.

The following five books have greatly influenced my writing and thinking about music. This is the best nonfiction I've come across on rock 'n' roll, but I say that with a caveat: I have not yet read Life by Keith Richards (which a lot of people say is the best rock book) or Hellfire by Nick Tosches. So—this deck may get reshuffled.

1. The Ballad of Bob Dylan by Daniel Mark Epstein 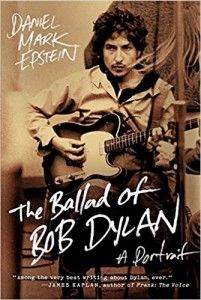 Acclaimed poet Epstein vividly recounts four Bob Dylan concerts from four different phases of the songwriter's career and uses these as a jumping-off point for his impressionistic retelling of the Dylan saga. Epstein weaves generous helpings of memoir in with the biographical elements and makes it all matter. What's more, his tenacious research has yielded new revelations at this seemingly late stage. The gold standard. 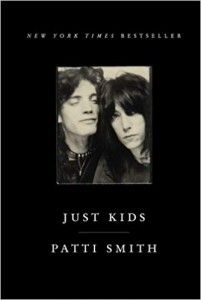 The best rock memoir, and a legitimate work of literature as its National Book Award attests. Lyrical and heartfelt, Just Kids gave me the appreciation and understanding of Smith's music that I had previously lacked. 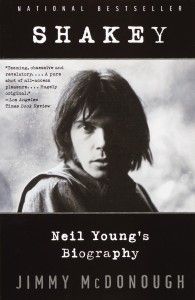 An unruly mess that somehow achieves perfection, Shakey lives up to its preposterous subtitle: this is Neil Young's biography; there can be no other. (Even Young's own books can't compete). Here are just a few of the lessons I took away from this glorious book: 1) A writer's reach should always slightly exceed his grasp; 2) The clean, impartial tools of journalism—so necessary for parsing something like the Mueller report—have no place in rock biography; 3) Anyone crazy enough to take up the quixotic task of writing about rock 'n' roll is in some sense writing about themselves, so— might as well make the connection explicit; 4) The best rock music is high-stakes, passionate, and deeply irrational; the best rock writing should be the same.

4. The Dark Stuff by Nick Kent 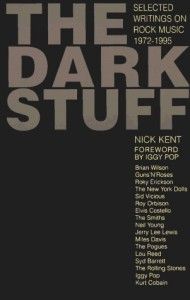 Kent demonstrates that there is a way to write about the occupational hazards of a music career—the substance abuse, exploitation, madness, and occasional violence—without coming off like Kitty Kelley or the National Enquirer. He elevates his material via his assured writing and a deep conviction of art's vital importance to the human spirit.

5. The Last Days of John Lennon by Frederic Seaman. 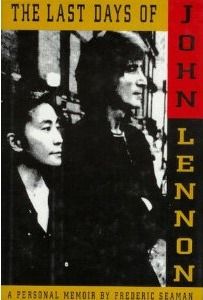 Possibly a controversial pick but I will stand by it. Seaman was Lennon's personal assistant during the final year of the songwriter's life and was therefore privy to aspects of Lennon that few other people (apart from Yoko) saw. To the great benefit of readers, Seaman has the writing chops to get this story across beautifully. The controversy stems from the author's arrest and conviction for walking off with a number of Lennon's journals and other personal items in the chaotic aftermath of the singer's murder. (Seaman maintains that he was instructed by Lennon to get his journals to his son Julian if something were to happen to him). Whatever the truth behind that incident, I don't believe it has any bearing on Seaman's narrative—which feels compassionate and authentic. There are no bombshells here, just the accumulation of the day-in, day-out rhythms of a troubled genius unaware that he is running out of time. I've read a lot of books on Lennon and the Beatles. This is my favorite. Where are you, Fred Seaman, and why haven't you written another book?

I will be doing a reading and book signing for Begin the Begin: R.E.M.'s Early Years at the Mansion on O Street on June 25 at 6:30 PM. The event is free, but you will need to make a reservation at the Mansion's events page.

Also, the Minus 5 (featuring Scott McCaughey and Mike Mills) will be performing at the Rock and Roll Hotel later that evening, and I encourage everyone attending my reading to go to the show. (Purchase Minus 5 tickets here).
See you in DC!

Begin the Begin: R.E.M.'s Early Years is available now. You can purchase on Amazon, or direct from Athens Georgia's wonderful Avid Bookshop.

"The start of R.E.M and the rise of the Athens, GA music scene has been the subject of countless books, but few crackle with the ring of truth of Robert Dean Lurie’s fascinating new volume Begin the Begin," writes James Mann at The Big Takeover. Read his full review here.

There will be several release events. The big kickoff will be a party and fundraiser at the Athens GA Foundry on Sunday, May 19 featuring a reading, book signing, and live music courtesy of Dead Letter Office. This event is co-sponsored by Artist2Artist and Avid Bookshop, and proceeds from the door fee ($10 now or $15 day-of) will go to support suicide prevention and PTSD outreach programs for veterans. See flyer below for info. Tickets on sale here. 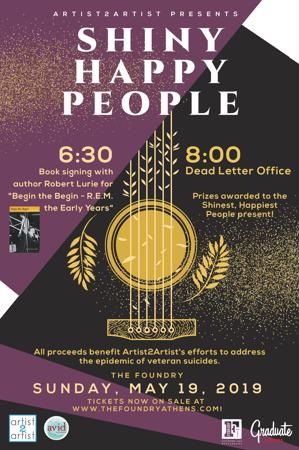 There will also be a reading and book signing on June 25 at the Mansion on O Street in Washington DC, and two North Carolina events are in the works for the fall. Watch this space for more details!

Really enjoying How's the Weather There?, the new EP from Australian songwriter Glenn Watson. This is ostensibly a debut, but he has clearly been doing this for a while. The songcraft is assured, drawing from the likes of R.E.M., Tom Petty, and Toad the Wet Sprocket, and the guitar work has more than a little of the Church in it. (The ending of "Horoscope Girl" nods to the Church's "Life Speeds Up"—now that got my attention!) You can't go wrong with those influences, but there is also a distinct Glenn Watson style emerging, one that puts melody, hooks, and musical economy at the forefront. Standout tracks: the epic "Something You Are Not" and "Horoscope Girl"—which ought to be a hit everywhere.

How's The Weather There? is available at CDBaby and on all the streaming services. Check it out!

I had this harebrained idea that I would illustrate my own book. This despite the fact that I haven't taken art seriously since high school. As it turns out, it's not like getting back on a bicycle; I bailed after doing three pieces.

Still--I feel like these illustrations have a certain...I don't know...they're like a flailing boxer who is all heart. They're like Rocky at the beginning of the first movie when he's kind of a lovable trainwreck. If these are not book-worthy, they can at least live on in this blog.

And speaking of boxers, my Michael Stipe ended up with a cauliflower ear and a swollen right hand, but other than that I'm pretty happy with him! 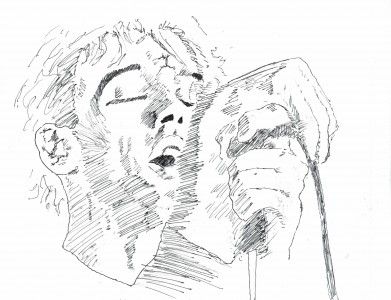 My Bill can't decide if he'd rather be Robert Mitchum. But he smolders, yes? 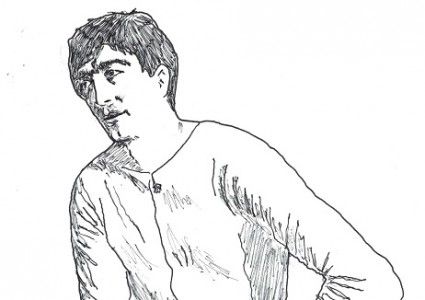 And finally we have William Orten Carlton (AKA "Ort"), legendary confidante of the B-52s and R.E.M. (and Government Cheese, Bowling Green, KY's finest musical export). To write of Athens music without mentioning Ort would be like leaving Lenin out of the story of the Russian Revolution. (I recognize that my analogy is imprecise; Ort did not return from exile on a sealed train to foment the Athens music revolution--at least I don't think he did. But why sacrifice a good line for the sake of accuracy?) Anyway, here is Ort circa 1986. 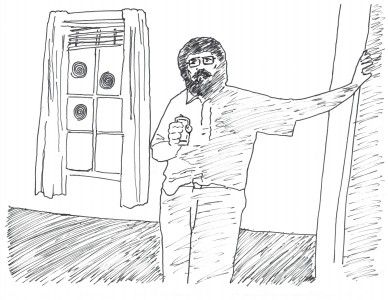 I'm thrilled to report that the release date for my new book Begin the Begin: R.E.M.'s Early Years has been set for May 14, 2019. You can view a slideshow of the interior graphics at VerseChorus.com, and the excellent website Dangerous Minds has published an excerpt from the book here. Last but not least, copies are now available for pre-order via Amazon. 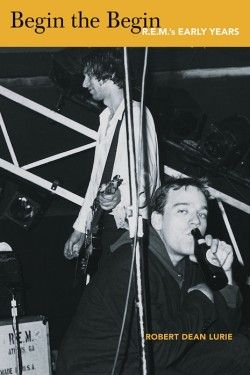 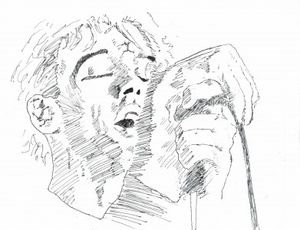 I have waited a long time to make this announcement. My forthcoming book is R.E.M. The Early Years. This deep-dive into the origins of a great American band has been in the works since 2012 and will see release in Fall 2018 from Verse Chorus Press. If you would like to be on a mailing list for further announcements, please go to my main page at http://www.robertdeanlurie.com/index/ and enter your email address in the "Join" box. Can't wait for y'all to read this one. 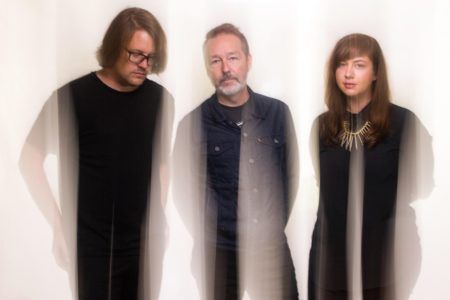 A big highlight of 2017 for me was the opportunity to work with one of my musical heroes, Keith Joyner, in promoting his new band les biches. Blurt posted a piece this week that includes excerpts from the band bio I wrote along with the unveiling of a monster new track. If I could make everyone I know--especially my friends who are into the Church, Bowie, and the Cure--sit down and listen to the song "North From the Airwaves," I would. C'mon, give it a go! You can read the piece, and listen to the song, here.